SONY has unveiled a new robot helper called Xperia Hello, a home desktop robot that is the first robot to be launched since SONY announced its return to the robotics market. 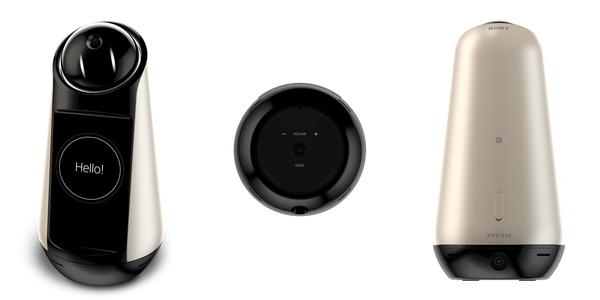 Look from the exterior, Xperia Hello about 20 cm high, about 10 cm in diameter, installed in the head with the ability to track camera, up to 13 million pixels, the top of the LED lights also can show various expressions to interact with users. The abdomen is fitted with a 4.6-inch 1280 x 720 resolution touch screen that looks like a phone. The robot as a whole looks slightly cute.

Xperia Hello has adopted the Android7.1 system, which is equipped with qualcomm snapdragon 650 processor and built-in 32GB storage space, which can be transmitted through the type-c interface. Equipped with a 7.1 sound microphone system, SONY's voice recognition technology enables it to accurately collect and analyze sound sources.

In addition, it can be used to photograph or video calls, as a reminder to users, and to provide information about news, weather and road traffic.

According to the report, XperiaHello is expected to launch in Japan on November 18 for 149,880 yen.

The rise and fall of SONY's robots.

In the field of robotics, Japan has been one of the best countries in the world. In 1967, kawasaki began to introduce robots from Unimation in the United States, which was the beginning of Japan's robotics industry. Japan's industrial robots have entered a period of great development through a brief cradle.

From the 1990s to the 2000s, Japan's service robotics industry began to emerge, and Japanese companies poured money into creating smart home assistants for humans. But the wave of robots on the market is coming fast and receding fast. Due to the artificial intelligence technology is not mature, let robot autonomous action mechanism has also been difficult to achieve, after the development process always stagnant, industrialization of service robot is in trouble.

SONY, too, went through a boom and bust at this stage.

In 1999, SONY introduced the AIBO robot dog, and AIBO was loved by many users.

After the dot-com bubble burst in 2000, SONY suffered a lot and its share price fell sharply.

In 2003, SONY launched the QRIO robotics technology, but the market reaction was not ideal.

Until 2006, SONY CEO Howard stringer's then stopped AIBO project, about 200 team was disbanded, and assigned to different departments, including PlayStation and digital camera, etc., when SONY also sell a single-seat machine car to the Toyota. 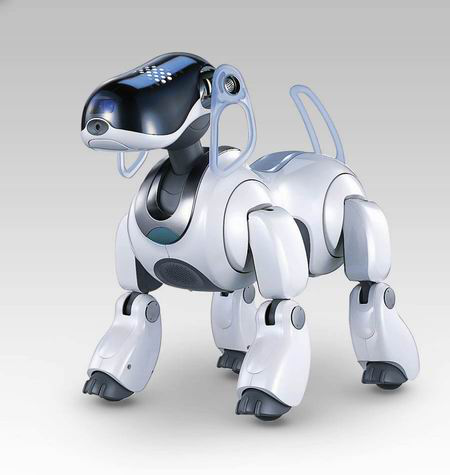 SONY's robotics business also began to stop at that time, which was 12 years ago.

Now that artificial intelligence has come into its own in the spring, SONY is trying to pick up a long-lost robot business with its own base in smart appliances and smartphones.

It is understood that SONY is re-recruiting the AIBO project engineers, hoping to combine mechanical and AI capabilities to occupy a place in the field of home robotics.

How can SONY be confident that straggling has been a long shot?

After the idea of returning to the robot market, SONY also took aim at the big cake of industrial robots. However, due to the longer history of industrial robots, more systems are required on the technical side. SONY, which has always been the focus of small smart products, has decided to play it safe, starting with a home-based robot.

It was recently announced that SONY will launch a dog family robot next year, which will not only be able to bounce around like a real dog, be treated as a pet, and operate appliances as a voice prompt. The robot operating system was developed by SONY for its own development. SONY has disclosed the operating system's performance parameters, allowing outside developers to improve.

The Xperia Hello, which is largely responsible for the battle against amazon's Alexa smart speakers, is also a sign that SONY wants to take advantage of its own advantage by taking a firm foothold in the home robotics market.

But in my opinion, maybe SONY always leading high-end course, Xperia Hello carry basis function, besides will show MOE, compared to the real robot obviously far, price is as high as 149880 yen (about 8850 yuan), the price for SONY's loyal players pour is not a problem, but for most ordinary people is the heart.

SONY is also developed by artificial intelligence technology, but as a member of the household robot market late, SONY is not only a lack of precipitation technology, also lack the long-term development of the Google and amazon since have large amounts of data. SONY is too confident to compete with giants such as amazon and Google, which have long been entrenched in the field of home robotics, and sell for nearly 150, 000 yen.

Perhaps SONY trusts its products and customers very much, so it's not a problem to mark high prices. It remains to be seen whether SONY will be able to take a place in the home robotics market after returning to the robotics market.