On August 26, at a time when the World Robot Congress was in full swing, a welfare conference for ROS enthusiasts was also held in a grand manner. Hosted by the China Institute of Electronics, the "ROS Global Developers Forum" hosted by High Robot was also set up in Beijing Convention and Exhibition Center held, well-known ROS developers from around the world come together to discuss and exchange ROS applications and experiences in the field of robotics.

At 9:00 am, Dr. Zhang Xiaofei, chairman of the High-tech Robot Co., delivered his opening speech. Then Sun Hailu, director of the office of the National Expert Committee on Industrial Technology Innovation (Fostering) Strategy, delivered a speech. He said ROS as a robot operating system also received government Pay great attention to the "Made in China 2025" guidelines, China's robotics industry achieved rapid development. He also pointed out that the current development of the robot industry, the development of China's robot industry still has great potential, the Ministry of Science and Technology will continue to strongly support the development of the robot industry.

Mr. Liu Jintao, founder of E-Tech Robotics Lab, delivered a keynote speech entitled "The Road to China's ROS Community Development - Documentation, Training, Education and Popularization." Brian Gerkey, CEO of Open Source Robotics Foundation (OSRF) Today's, Today's and Tomorrow's and Global Developer Ecosystem, "said Brian Gerkey," China is now ranked number two in terms of ROS usage and may be number one next year. In fact, we are very supportive of this research and Education. "He said:" If you are using ROS, our goal is to help you. "

Mirko Bordignon, a senior scientist from the Fraunhofer IPA in Germany, shared "The Value and Application Practice of ROS-Industrial in Industry" with on-site guest instruments.

"The application of ROS in the industrial arena is not easy to enter the production stage, as some traditional industrial companies, we have to make sure they can use the foundation of ROS and we need to understand what they are doing," Mirko Bordignon said.

"Many organizations have begun to accept ROS. It is not just an academic field. ROS has a wide range of applications. Every year, according to market statistics, there will be more and more robots in China and I hope everyone can Better use of ROS, "Mirko Bordignon said.

Lentin Joseph, founder of Qbotics Labs, delivered a keynote speech titled "Using ROS to Build Future Robotic Software Engineers." "We found that ROS is a basic skill for robotic engineers and we need a platform to not only learn ROS but also learn about other software.We provide robotic online materials and on-site support and plan to create lower-cost robots in the future, Let ROS be sold with robots because the cost of buying hardware is high, and with university researchers and businesses, more courses are set up and ROS is used for research and development, "said Lentin Joseph.

The second half of the forum started at 13:30, and Dr. Chen Gang, CEO of Soyal Robotics Suzhou, gave a keynote entitled "The Application and Opportunity of ROS in Research and Development of Driverless Technology." He said that along with different levels of autonomous driving, business and technology routes also stratified. "Technically, ROS can speed up product development, and ROS can provide the most eco-opportunity when it comes to product."

Autopilot can be roughly divided into five levels. A level of automation, the driver control everything manual driving, or call it aided driving. The second level is semi-automatic driving, and the pilot monitors automation functions such as vehicle operating instructions, acceleration and deceleration control, and the like.

To the third level, known as high autopilot, the system monitors the vehicle's functionality and gives the driver the right to operate when it reaches the limit. After going up to the fourth level, it is called full-automatic driving and the system operates all tasks through a specific driving mode.

The fifth level, which is the highest level, truly unmanned, automatic driverless system through a specific driving mode, the operation of all tasks. 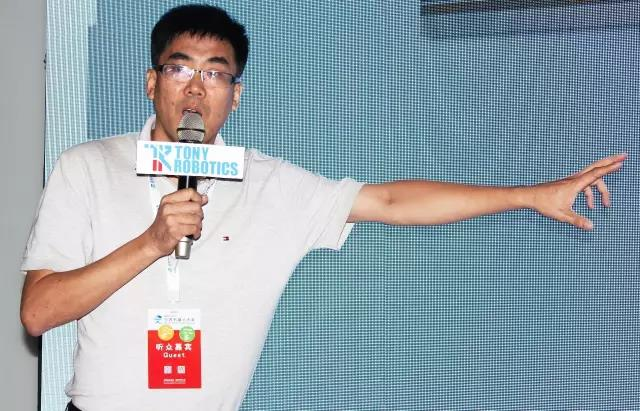 Along with the different levels of autopilot, business and technology routes can also be stratified.

According to Dr. Chen Gang, the difference in the field of competition brings about different fields of coordination. The self-contained walking control system based on vehicle sensors with anti-collision function shows advantages in crossing the road, pedestrian at night, deviation from the road warning, and coordinated walking system based on V2X to obtain front information is good at collision avoidance of people and vehicles at the intersection.

"The two will eventually converge and form a self-driving system," he predicts.

Undoubtedly, as time goes by, the technical complexity of driverless vehicles is gradually increasing. According to Chen Gang's analysis, the technology advancement will gradually realize the intelligence from perception to decision-making. From the perception system of embedded dynamic scene based on multi-sensor fusion technology to the dynamic recognition of pedestrians and vehicles, to the intelligent evaluation of collision assessment technology based on probability reasoning, Collision assessment and early warning system "evolution, and finally achieve the safety decision-making and driving control system under complex traffic environment based on pmp + ICS security decision-making technology.

In 2008 to 2010, inria's technology enabled a dynamic environment awareness in high-speed environments and by 2010 intelligent collision assessment and early warning were possible and the technology was further enhanced from 2012 to 2016.

The unmanned hardware platform has also gone from Ligier to Cycla, Wheelchair to Lexus Advanced. From 2002 till now, the roadmap of software framework can be summarized as "technical complexity from centralized to distributed" - 2D / 3D simulator + Cycabtk from 2002 to 2006; 3D Simulator + HUGR from 2006 to 2010 ; Since 2010 3D Simulator + ROS.

Chen Gang said that the future experience of ROS development experience and business opportunities. ROS systems and ecosystems include mainframe and host robot companies, including service robots and industrial robots such as Rethink Intera, Fetch robotics, Clearpath robotics and more.

Du Yuqing, vice president of Small i Robotics Products, gave a keynote speech on "Innovative Application of Conversational AI from Virtual to Entity".

Zhang Tianlei, deputy secretary-general of Intelligent Driving Specialist Society, said in his keynote speech entitled "ROS and Driverless Things": "The intelligent and unmanned reform of automobiles is equivalent to the revolution of intelligent machines in 2000 That was the beginning of a new wave of driverlessness that almost every driverless business is using with ROS because there are a lot of basic tools in the ROS that can help unmanned vehicles be developed. "

In a speech at "Hypha RaceCar - Development and Application of a Low Cost, High Speed Intelligent Car", Taiwan's HyphaROS Workshop founder Lin Hsi-han said: "All of our work is done on ROS Therefore, we follow the basic spirit of ROS that is open source. "

The ROS Global Developers Forum has some of the most previous ROS meetings: the highest attendance rate of more than 95%, the youngest speakers and viewers, and more than half of the 90. The audience is also best learned and some people A full day, even close to the end are still full. Not help feeling: both ideal and motivated, and perseverance insisted 90, the future is really yours, many people still feel after the end of fun, but also have to ask ROS cafes, although the forum is over, but Professional coffee experts are still patiently answering questions for the audience doubts, because the development of ROS depends on each person who insists.